ThankTank is striving to solve the donor retention crisis with intelligent cloud-based software and A.I. solutions for the nonprofit market. 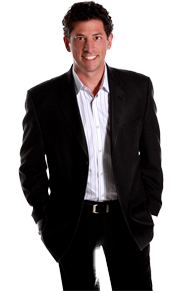 Mike’s passion and interest in nonprofits grew out of a year-long sabbatical, during which he visited national parks and spent time in almost every state. He then spent five months as a volunteer adaptive ski instructor, helping those with disabilities enjoy alpine skiing.

When Mike reentered the world of business, he chose to immerse himself in helping nonprofits become more efficient and successful. Their causes became his. Mike spent three years at HomeEarth, Inc., a nonprofit fundraising company, where he served as Managing Director of Client Services and Business Development. In 2005 Mike founded Nonprofit Business Solutions. With over fifteen years of intense hands-on experience in improving a wide range of not-for-profit development department operations and e-commerce programs, Mike then founded ThankTank in 2015 to fill a technology gap that was hurting nonprofits ability to retain donors. Mike is a leading expert in the industry.

Mike earned a Bachelor’s degree in Finance and Management Information Systems from the University of Vermont.

In his spare time, Mike enjoys spending time with his wife, Tessa, and their two young kids William and Ella Marie (the inspiration behind the ThankTank A.I. eMarie). When he is not a human trampoline, he enjoys skiing, tennis, anything on, in, or around water and travel. 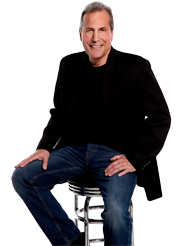 Jim brings over 25 years of experience in the exciting world of production mail processing.

In the 1980’s, Jim learned the mail trade as a front-line sales executive for Pitney Bowes, offering mailing solutions to clientele as varied as Fortune 500 corporations to locally run non-profit organizations.

In 1994, Jim joined Prosort LLC, a Delaware-based presort service bureau and played a key role in helping them grow to one of the largest presort bureaus in the country. Jim utilized his problem solving skills developed at Pitney Bowes to identify other mail related areas that clients were willing to outsource.

Leveraging the presort discounts that they could achieve and the relationships they had developed, Prosort began offering turnkey print/mail processing to clientele that continues to this day. In 2004, the presort division was sold and the company renamed Modern Mail to reflect their multi-channel marketing capabilities in the market today.

Jim is DMA-certified and has been instrumental in helping to execute hundreds of direct response marketing campaigns over his career.

When not knee-deep in postage stamps, Jim enjoys activities with his 2 sons, playing guitar and keyboards, traveling and preparing epic cuisine for family and friends.

Jim earned a Bachelors of Science in Business Administration from the University of Delaware in 1981.

Romancing Your Donors: Showing the Love to Donors of all Levels

Effective communication and attention play an important role in donor stewardship. According to Nonprofit Hub, Donors are

Figuring out how to get your first-time supporters to make

Make interactions with donors extra impactful with these templates.

Technology can truly reverse the trend of low donor retention